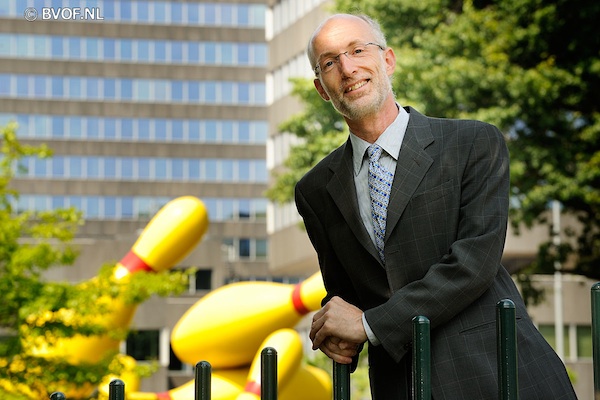 
Dr. Stuart Parkin is an IBM Fellow (IBM’s highest technical honor), Manager of the Magnetoelectronics group at the IBM Almaden Research Center, San Jose, CA and a Consulting professor in the Dept. of Applied Physics at Stanford University. He is also director of the IBM–Stanford Spintronic Science and Applications Center. Dr. Parkin's research interests include oxide thin films and heterostructures, high-temperature superconductors, and, magnetic thin film structures and spintronic materials and devices for advanced sensor, memory, and logic applications. Parkin’s discoveries in magneto-resistive thin film structures enable a 1000 fold increased in the storage capacity of magnetic disk drives in little more than a decade. Most recently, Parkin is working on a novel storage class memory device, “Racetrack Memory“, which could replace both hard disk drives and many forms of conventional solid state memory. Parkin is an elected Member of the National Academy of Sciences, the National Academy of Engineering, a Fellow of the American Academy of Arts and Sciences and a Fellow of the Royal Society (London). Parkin is also a Fellow of the American Physical Society (APS), the Materials Research Society, the Institute of Physics (London), the IEEE, and the AAAS. Parkin is the recipient of numerous awards and honors including, the American Physical Society International Prize for New Materials (1994), the Europhysics Prize for Outstanding Achievement in Solid State Physics (1997), and the 1999-2000 American Institute of Physics (AIP) Prize for Industrial Application of Physics. Parkin has received Honorary Doctorates from the RWTH Aachen, Germany, the Eindhoven University of Science and Technology, The Netherlands, and the University of Regensburg, Germany and has been appointed a Distinguished Visiting Professor at seven universities in Europe, Singapore, Taiwan and Korea. Most recently Parkin received the 2008 IEEE Daniel E. Noble Award for his work on MRAM, the 2008 IEEE Distinguished Lecturer Award, the 2009 IUPAP Magnetism Prize and Neel Medal for outstanding contributions to the science of magnetism, the 2008 Guttenberg Research Award, the 2009 Dresden Barkhausen Award and the 2012 David Adler Lectureship Award from the APS. In January 2012, Parkin was elected an Honorary Fellow of the Indian Academy of Sciences. Parkin has authored ~400 papers and has ~90 issued patents.