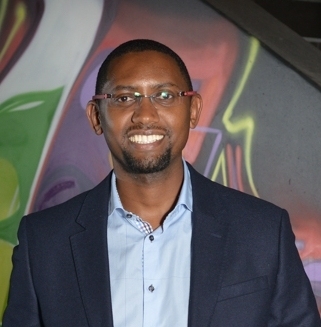 
Dr. Solomon Assefa is a Vice President at IBM Research. He leads the global effort focused on developing core technologies for climate change mitigation and adaptation, healthcare and life sciences, computing and nanotechnology. Under his leadership, hundreds of researchers from IBM’s global labs are pioneering disruptive and commercially viable technologies for sustainable hybrid cloud, material discovery for carbon capture, carbon footprint reduction, climate risk and impact modelling, and discovery of therapeutics and biomarkers. In 2021, Dr. Assefa incubated and lead a company-wide taskforce that provided strategic input on IBM’s internal sustainability strategy, and how IBM can become a leading technology provider to enable clients in advancing their sustainability goals. This taskforce informed IBM’s broader strategy that led to a new technology offering called Environmental Intelligence Suite (EIS).

Furthermore, Dr. Assefa is responsible for IBM’s Africa labs, located in Kenya and South Africa. He is responsible for fostering local innovation ecosystems by forming new models for partnership with government, industry, academia, non-profits, and start-ups. Under his leadership, the labs have developed scalable technology solutions for emerging markets in areas of financial services, telcos, healthcare, supply chain, energy and utilities, agriculture, and public sector. The Africa labs have also been instrumental in the development of technology in climate and sustainability, thereby not only contributing towards solving Africa’s grand challenges but also serving as a model on a global scale.

Early in his career, Dr Assefa was based in IBM’s iconic Yorktown Heights (NY) Research Lab, where he worked on IBM’s nanophotonics and MRAM technologies with responsibilities spanning scientific research, product development, and technology transfer. In addition, he has also co-authored over 150 publications in peer-reviewed journals and conference proceedings, has over 70 patents granted, and has appeared as a guest speaker at numerous high-profile forums and conferences worldwide, including Davos. His work has been featured in Nature magazine, The Wall Street Journal, BBC News, CNN, Forbes, Technology Review, EE Times, and IEEE Spectrum, among many others.

Dr. Assefa is a recipient of several technical awards including the Technical Accomplishment Award, Corporate Recognition Award, and Invention Achievement Awards from IBM. He was named one of the World’s Top Young Innovators under 35 and received the TR35 awarded by MIT’s Technology Review (2011). He was honoured by the World Economic Forum as a Young Global Leader in 2013. He is an Honorary Professor at University of Witwatersrand (Wits), a member of the Industrial Advisory Board of the MIT Climate and Sustainability Consortium and a member of the World Economic Forum Global Futures Council. Dr. Assefa is also a member of IBM CEO’s Acceleration Team (AT), where members of the AT are key senior executives who drive IBM’s innovation and growth strategy.