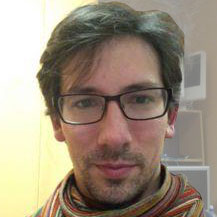 
Dr. Clyde Fare joined IBM Research in 2018 as a post-doctoral researcher in the Cognitive Computing department. His research is focused on the application and development of machine learning algorithms, particularly Bayesian optimisation and deep learning applied to problems within the chemical and biochemical sector.

Prior to joining IBM, Clyde was an HPC systems administrator and an instructor of programming and data analysis at Imperial College London.